Risk of Caesarean section is heritable

Biologist Philipp Mitteroecker found that women born by Caesarean section due to a fetopelvic disproportion (FDP) are more than twice as likely to develop FDP when giving birth than women born naturally (Copyright: University of Vienna).

Women born by Caesarean section due to a fetopelvic disproportion (FDP) are more than twice as likely to develop FDP when giving birth than women born naturally. This is the conclusion of a study by a team of evolutionary biologists at the University of Vienna headed by Philipp Mitteroecker. Using a mathematical model, the team was able to explain the paradoxical phenomenon that natural selection did not lead to the reduction in the rates of obstructed labour. Empirical data also support that the regular use of C-sections has already triggered an evolutionary increase of FPD rates.
During the last decades, rates of Caesarean section have multiplied; by now it is one of the most frequently performed surgical treatments worldwide. Even if many of these C-sections are not strictly medically indicated, human childbirth is complicated and risky compared to that in other primates. Why has evolution by natural selection not led to a wider birth canal, thus reducing the high rates of obstructed labor?
Recently, a team headed by Philipp Mitteroecker, an evolutionary biologist at the University of Vienna, showed that these high rates are a direct consequence of the distinct characteristics of obstetric selection in humans. Using a mathematical model, the so-called "cliff edge model", they showed that natural selection cannot reduce the rates of obstructed labor. In fact, only weak selection for a large neonate, a narrow pelvic canal, or both is sufficient to account for the considerable incidence of fetopelvic disproportion (FPD, i.e., the fetus is too large to pass the maternal birth canal). Based on this model, they also predicted that the regular use of life-saving Caesarean sections throughout the last decades has already triggered an evolutionary increase of fetopelvic disproportion rates by 10 to 20 % (which equals roughly half a percentage point of the initial incidence).
In the recent study, Mitteroecker and colleagues use the cliff edge model to predict that women born by Caesarean because of FPD are 2.8 times more likely to develop FPD in their own childbirth compared with women born vaginally. This strong effect should be easier to detect in epidemiological data than the evolutionary increase predicted. "Indeed", says Mitteroecker, "we found empirical studies reporting risks for Caesarean up to twice as high for women born by Caesarean as compared to women born vaginally." This theoretical prediction of a complex epidemiological pattern lends support to the cliff edge model and its evolutionary implications.
Publication in "PNAS"
"Cliff-edge model predicts intergenerational predisposition to dystocia and Caesarean delivery"
Philipp Mitteroecker Sonja Windhager, and Mihaela Pavlicev
DOI 10.1073/pnas.1712203114
"Cliff edge model of obstetric selection in humans": Philipp Mitteroecker, Simon Huttegger, Barbara Fischer and Mihaela Pavlicev
DOI 10.1073/pnas.1612410113 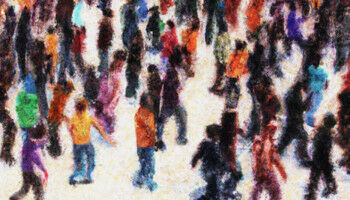