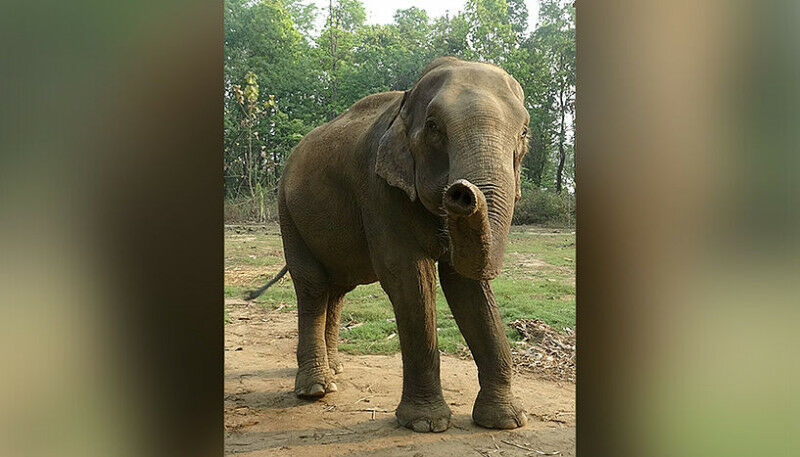 Fig. 1: The elephant’s long mouth is not only used for sniffing, but also for making sounds. Photographed at Tiger Tops, Nepal. (Copyright: Veronika Beeck)

Mammalian sounds in general may be more flexible than previously thought

Researchers at the University of Vienna used an acoustic camera that can visualize sound pressure to study the sounds made by Asian elephants. The animals utter their low-frequency sounds mostly from the trunk, or simultaneously from the mouth and trunk, and only rarely from the mouth alone. Scientists have now succeeded for the first time in proving beyond doubt the combination of oral and nasal vocalizations in an animal species other than humans. The Vienna study was recently published in the journal Animals.

Elephants have the longest nose in the world. So it is not surprising that the resonances of the low-frequency rumbling sounds, which reach into the infrasound range, also resonate even lower when they come out of the long trunk. A team around the cognitive biologists Veronika Beeck and Angela Stöger-Horwath from the University of Vienna has now shown that such resonances of the vocal tract, which in humans would be called nasal pronunciation, also play an important role in the animal kingdom. The scientists assume that Asian elephants can potentially convey more information with their sounds due to this flexibility, or that the low-frequency resonances contribute to the sounds being audible over longer distances.

By comparison, humans produce vowels by changing the position of the tongue, the shape of the lips, and the opening of the mouth. A special feature is that by opening the soft palate, humans can combine the resonances of the mouth and pharynx and change the sound of the vowels through this "nasal" pronunciation. In many languages, for example French or Hindi, the nasal pronunciation of a sound in a word changes its meaning. For example, beau [bo] in French means "beautiful" and the nasally pronounced bon [bõ] means "good. 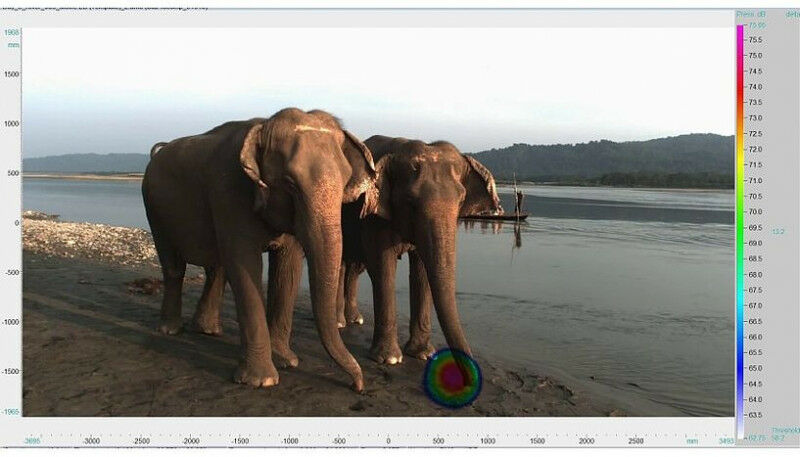 Fig. 2: The acoustic camera image shows the elephant on the right of the picture making a sound through the Rüssel ässel, in bright colors. Recorded at the river, the elephants’ favorite bathing place, near Tiger Tops, Nepal. (Copyright: Veronika Beeck)

Previously, it was assumed that mammals have far less latitude in modifying their vocal tract (i.e., the mouth and nasal space above the larynx) and thus on the timbre of their sounds. In mammals, sounds often differ simply because they are uttered through the nose or mouth. In the current study, the scientists teamed up with engineers Gunnar Heilmann and Michael Kerscher. The team pointed an acoustic camera at Asian elephants from Tiger Tops, Nepal, to see if they also utter their sounds through their mouths or noses. The acoustic camera can colorize sound pressure, similar to a thermal imaging camera.

Most of the sounds came only through the trunk. "To our surprise, however, the acoustic camera also showed without a doubt sounds coming from the mouth and trunk at the same time, and their resonance spectrum actually resembled the nasal vowels of humans," explains Veronika Beeck. Even though this was suspected in a few animals, fallow deer, walruses and meercats, this is now the first study that can prove this combination.

Based on these new findings, the researchers suggest that mammalian sounds in general may be more flexible than previously thought. Acoustic communication plays an important role in social systems, as well as in the complex matriarchy of elephants. Exactly what function the combined mouth and murmur sounds have here remains to be explored. 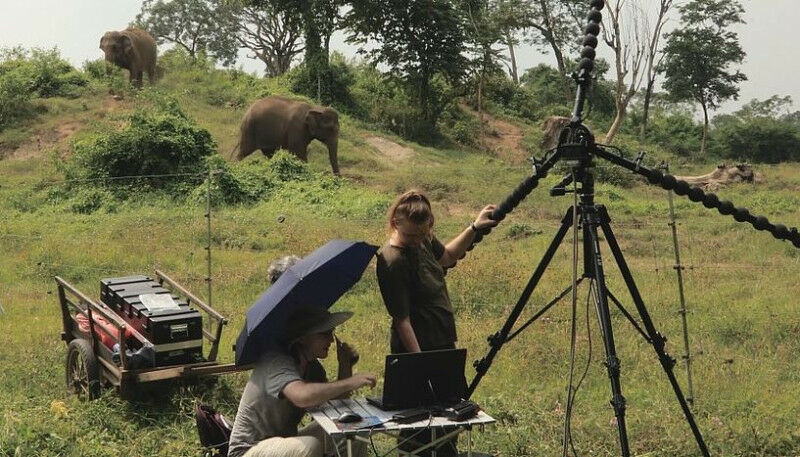 Fig. 3: Veronika Beeck (right) and Michael Kerscher (left) - aim the array of microphones of the acoustic camera at the approaching elephants (in their enclosure in Tiger Tops, Nepal). (Copyright: Gunnar Heilmann)

Fig. 1: Elephants’ long trunks are used not only for sniffing, but also for making sounds. Photographed at Tiger Tops, Nepal. (Copyright: Veronika Beeck)

Fig. 2: The acoustic camera image shows the elephant on the right of the picture uttering a sound through its trunk, in bright colors. Taken at the river, the elephants’ favorite bathing place, near Tiger Tops, Nepal. (Copyright: Veronika Beeck)