Caterpillar-like bacteria crawl in our mouths 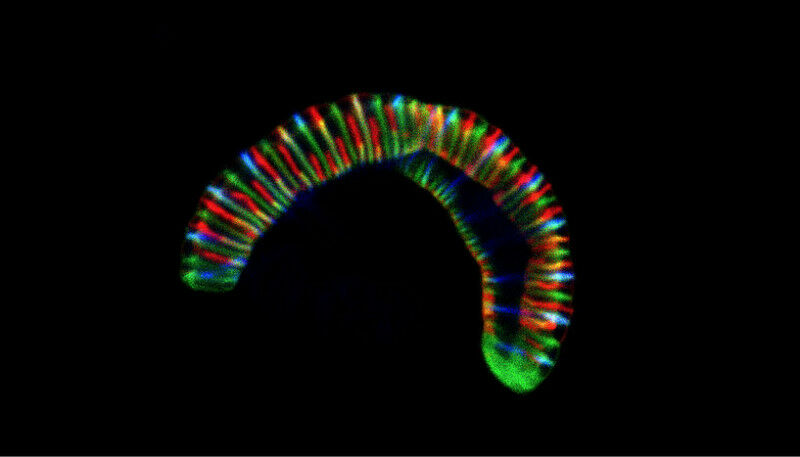 Evolution of longitudinal division and multicellularity in oral bacteria.

To survive in the oral cavity, bacteria have evolved to divide along their longitudinal axis without separating from each other. This is what a research team led by cell biologist Silvia Bulgheresi of the University of Vienna and microbial geneticist Frédéric Veyrier of the Institut national de la recherche scientifique (INRS) recently discovered. The scientists published their new findings in Nature Communications. In their paper, they describe the mode of division of these caterpillar-like bacteria and their evolution from a rod-shaped ancestor. They propose to establish theoral bacteria of the Neisseriaceae as new model organisms to find new antimicrobial targets.

Although our mouth is home to over 700 species of bacteria, making its microbiota as diverse as that of our gut, not much is known about how oral bacteria grow and divide. One thing is certain: The mouth is not an easy habitat for bacteria. The so-called epithelial cells lining the inner surface of the oral cavity are constantly shed, and together with saliva flow, the organisms inhabiting this surface therefore struggle to attach. These difficult living conditions could be a possible explanation for the research team’s new findings, currently published in Nature: Bacteria from the Neisseriaceae family have evolved a new way of multiplying - perhaps to better adhere to the mouth. While typical rods divide transversely and then detach from each other, some commensal Neisseriaceae , which live in our mouths, attach their tips to the inside of the oral cavity and divide longitudinally - along their long axis. Moreover, after cell division, they stick to each other and form caterpillar-like filaments. Some cells in the resulting cell chain take on different shapes, possibly to perform specific functions for the benefit of the cell chain. In their study, the researchers* explain, "Multicellularity enables cooperation between cells, for example in the form of division of labor, and could therefore help bacteria survive nutritional stress."

The research team first used electron microscopy to study bacterial cell shape throughout the Neisseriaceae family, which includes caterpillar-like filaments as well as the two standard cell shapes (rods and cocci). By comparing their cell shapes and genomes throughout the Neisseriaceae family, they were able to deduce that multicellular, longitudinally dividing bacteria evolved from rod-like, transversely dividing bacteria. They were also able to determine which genes are likely responsible for the unusual reproductive strategy.

They then used fluorescent labeling techniques to visualize the progression of cell growth in the multicellular bacteria, and finally compared their genetic makeup to the "classical" rod-shaped species. Finally, the researchers* attempted to recreate this evolution by introducing the genetic changes into rod-shaped Neisseriaceae. Although they could not force the rod-shaped bacteria to become multicellular, the genetic manipulation resulted in longer and thinner cells. "We suspect that cell shape changed during evolution by reworking the elongation and division processes, perhaps to better thrive in the oral cavity," says Frédéric Veyrier (INRS).

"Apart from helping us understand how cell shape evolved, multicellular Neisseriaceae could be useful for studying how bacteria learned to live on the surface of animals, the only place they have been found so far. Incidentally, half of us humans carry these bacteria in our mouths," explains Silvia Bulgheresi of the Department of Functional and Evolutionary Ecology at the University of Vienna. Philipp Weber of the University of Vienna, PhD on Bulgheresi’s team, who also worked on the study, adds, "Expanding the cell biological field to include more morphologies and symbiotic species is also crucial to increase the pool of protein targets (e.g., antibiotic targets) for biopharmaceutical applications." Sammy Nyongesa, PhD student on Veyrier’s team at INRS, adds, "An evolutionary approach, such as the one taken here for the Neisseriaceae, may reveal new, unanticipated protein targets." 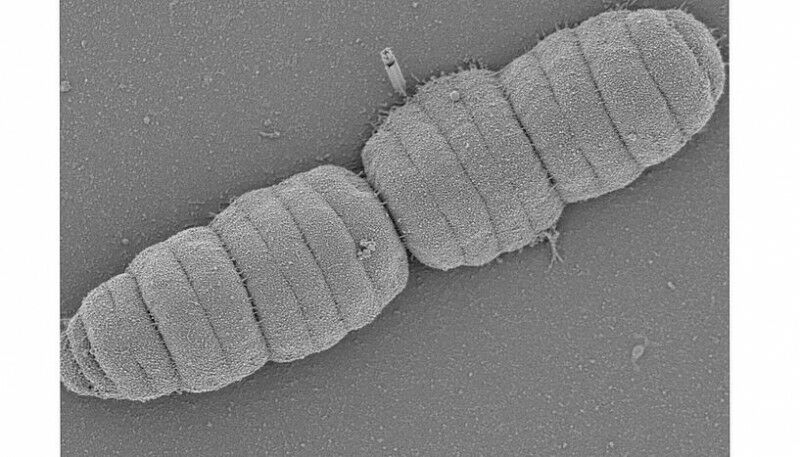 More exciting research content on the topic can be found in the focus "How cells keep us healthy" in the University of Vienna’s science magazine Rudolphina.

Related Stories
Health
’Straight leg-raise’ improves diagnostic accuracy in GERD - 28.11
Orange the World: a visible symbol of protest against violence against women and girls - 25.11
This site uses cookies and analysis tools to improve the usability of the site. More information. |