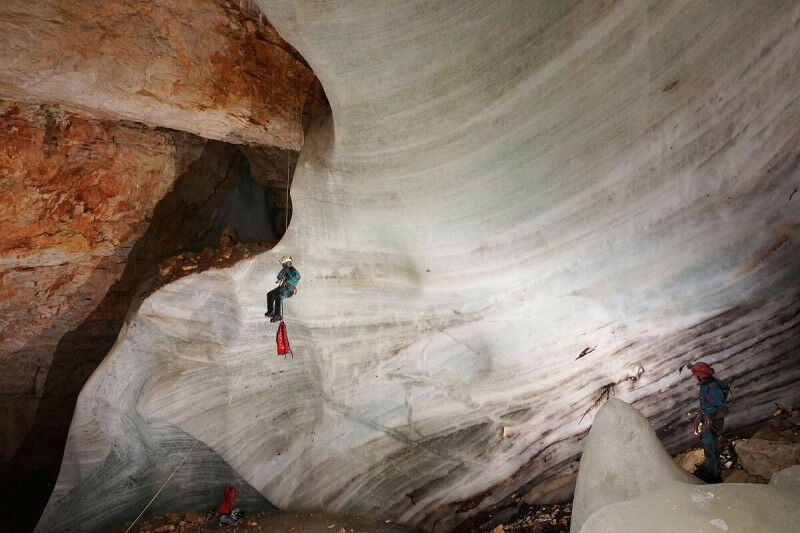 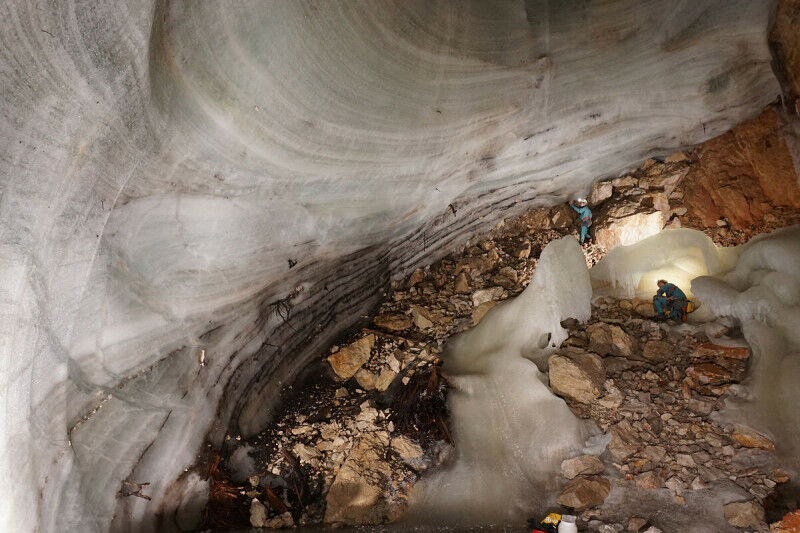 Eight ice caves in four Austrian provinces: In a study, a team of geologists from the University of Innsbruck has for the first time comprehensively documented the ice losses and gains in alpine ice caves over the last 2000 years. Geologist Tanguy Racine from the University of Innsbruck warns: Especially the ice of smaller caves threatens to disappear in the near future and with it a valuable climate archive. The study was published in the journal Scientific Reports.

Worldwide there are several thousand documented ice caves, Austria is one of the countries with the highest density of ice caves - but only a few have been studied in detail. A team of researchers from the Universities of Innsbruck and Belfast has now analyzed eight shaft-shaped ice caves in Tyrol, Styria, Upper Austria and Carinthia in detail over the past few years, taking a comparative research approach. "There are some good studies on individual ice caves. However, we wanted to make a comparative analysis for the first time and focused on the development of several caves, which are also located in similar settings: similar altitude and a steep to vertically dipping geometry," explains Tanguy Racine from the Quaternary research group around Christoph Spötl at the Institute of Geology. He dealt with the topic in detail in his dissertation work. The ice bodies of the caves studied form from solid precipitation: snow falls and slides into the cave in winter and then subsequently turns to ice at correspondingly low temperatures.

Using the radiocarbon method, the team determined the age of the ice layers in the caves, which are often many meters thick: "In order to date the ice, we focused on the smallest inclusions of wood in the ice layers. The age of these wood remains, which fell into the caves from the outside, can be determined precisely," Tanguy Racine explains the approach. The large database of a total of 107 dates of wood inclusions from the ice paints an accurate picture of the increase and decrease of ice in the ice caves - the so-called mass balance - over a period of up to 2000 years into the past. This approach allowed the team to prove the hypothesis that historically documented glacial advances, such as during the "Little Ice Age," are also reflected in the increase in ice mass in ice caves, or coincide in time. "We can document comparable ups and downs of ice development in ice caves and glaciers for the period of the last two millennia. For both, it is essential how much snow falls in winter and how warm the summers are. The results also show us that a large part of the underground ice in Austria originates from the "Little Ice Age" between about the 15th and 19th centuries," says the geologist. 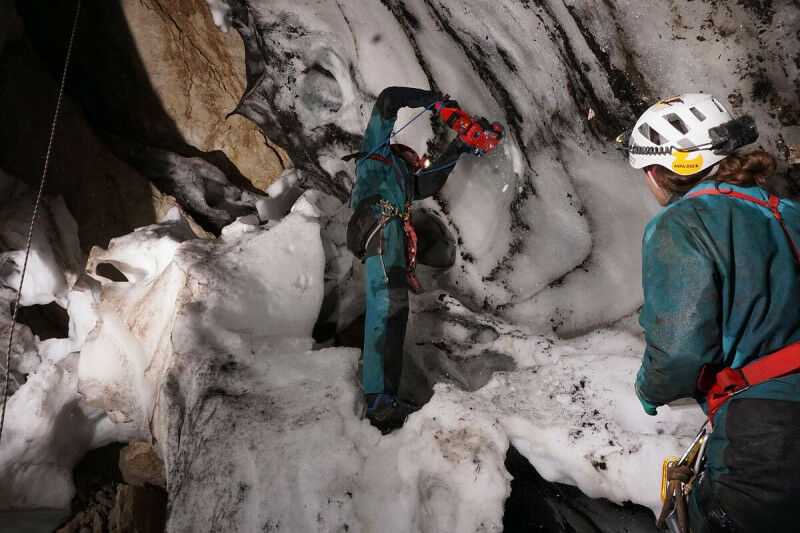 Massive declines in the last decades

For the recent past, the balance of ice caves is clearly negative: "Not only glaciers show an above-average negative mass balance especially in the last decades. Ice cave ice has also been severely affected by the consequences of rising temperatures and declining precipitation," says Tanguy Racine. "We are seeing a rate of ice retreat that has not been seen in any period in our measurement period over the last 2000 years. To give a few examples: Monitoring at the Guffert Ice Shaft in Steinberg am Rofan showed a decline in snow surface of almost three meters between 2019 and 2021, while the Ice Pit Ice Cave at Sarstein in Upper Austria lost 10 meters of ice thickness in 40 years. The ice loss in the crater shaft in the Sengsen Mountains of Upper Austria is 20 meters in 20 years." The explanation for this development, analogous to the glaciers, is man-made climate change. "Especially for the medium-sized and smaller ice caves, we have to assume that they will massively lose ice mass or even become completely ice-free in the next years to decades," clarifies Racine. "The clock is ticking loudly."
In the coming years, the Innsbruck researchers* plan to selectively take ice cores from alpine ice caves and store them cooled in order to preserve the valuable climate information stored in them for science in the long term.

Quaternary Research Group at the Institute of Geology, University of Innsbruck: https://quaternary.uibk.ac.at/ 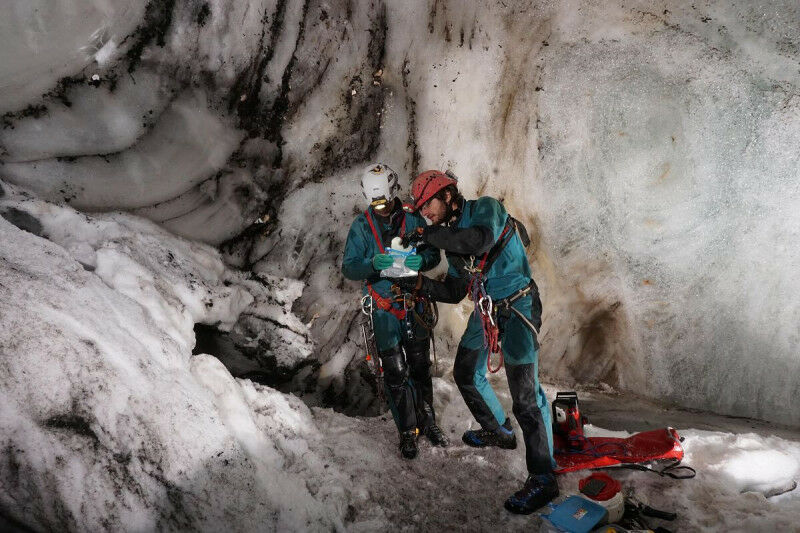