A Warmer Spring Leads to Less Plant Growth in Summer 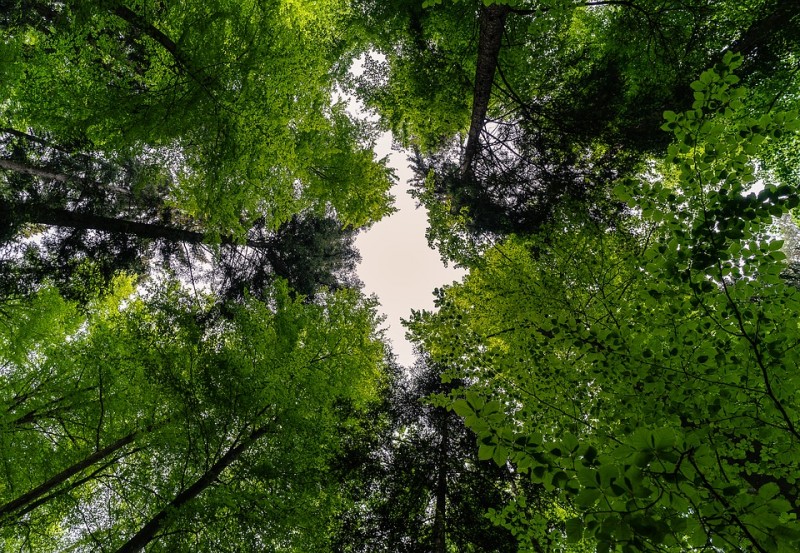 Plants start growing earlier in the spring but, contrary to popular belief, this results in less CO2 absorption. Climate change influences plant growth, with springtime growth beginning earlier each year. Up to now, it was thought that this phenomenon was slowing climate change, as scientists believed this process led to more carbon being absorbed from the atmosphere for photosynthesis and more biomass production. However, as evaluations of satellite data undertaken at TU Wien have now shown, this is not the case. On the contrary, in many regions, an early spring actually leads to less plant growth.

The climate models that have been used until now need to be modified and the world’s climate is in an even more critical state than previously thought.

Satellite data: how green is the Earth?
"We already knew that climate change had shifted the timing of plant growth," says Matthias Forkel of the Department of Geodesy and Geoinformation at TU Wien. Winters are getting shorter and plants are turning green sooner. However, up to now, we were not clear about what this meant for plant growth in summer and autumn and for the amount of CO2 used during photosynthesis. For the first time, we have been able to investigate the global patterns of this effect by using satellite data. "We analysed satellite images from the past 30 years, examining the entire globe to the north of the 30th parallel north, from southern Europe and Japan to the most northerly tundra regions," says Matthias Forkel.

In areas of high vegetation, light is strongly absorbed, and infrared radiation is strongly reflected. "This means that we can determine how much photosynthesis is occurring and how much carbon is taken up during photosynthesis across the globe on a point-by-point basis," explains Forkel. These data analyses were carried out at the University of Leeds in the UK and at TU Wien, with the additional involvement of climate and environmental research teams from the USA and several other countries.

A warm spring - a drier autumn
When spring-like weather starts earlier, it is reasonable to assume that plants will have more time to grow, absorb more carbon from the atmosphere and produce more biomass as a result. But this is not the case. The data does indeed show that the northern hemisphere is in fact greener in the spring when temperatures are especially warm. Yet this impact can be reversed in the summer and autumn, even leading to an overall reduction of carbon uptake as a result of the rise in temperature.

There may be a range of reasons for this: greater plant growth in the spring may increase transpiration and the demand for water which in turn decreases soil moisture content and results in insufficient water being available to plants later in the year. It is possible that certain plants also have a predetermined growth period that is not extended by the earlier onset of growth.
"These mechanisms are complicated and vary on a regional basis," says Matthias Forkel. "However, our data clearly shows that average plant productivity decreases during years that experience a warm spring."

Climate change with even more severe consequences
Previous climate models did take into account plant growth, but they underestimated the role of this adverse effect. The models must therefore be improved. "Unfortunately, this changes climate forecasts for the worse," says Forkel. "We have to assume that the consequences of global warming will be even more dramatic than previously calculated."

Friday, 17 January: Lecture "Species Delimitation: Current Challenges and how it enabled the Study of South African Chafer Populations" - 02.12.2019
This site uses cookies and analysis tools to improve the usability of the site. More information. |